The Oltrepò Pavese, in the southern triangle of Lombardy, is located south of the River Po in the province of Pavia. Coming down from Milan, after the Po, you cross the last stretch of plains reaching after a few minutes our hills, always cultivated with vineyards for their particular vocation. 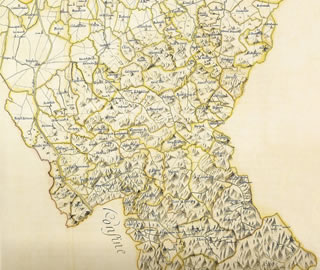 The Oltrepò Pavese finally ends with the mountainous area, which joins the Ligurian Apennines. The Mount Lesima (1724m -5656 ft.) is the highest peak and the southern tip of Oltrepò. Another important peak is Mount Penice (1460m – 4790 ft.) on top of which stands the ancient shrine of Santa Maria.

The Oltrepò Pavese is a territory rich in history, in breathtaking views and ancient castles. It was founded in 1164 when the Roman Emperor Federico Barbarossa granted the city of Pavia the full possession of  90 locations in what is now, generally speaking, the Oltrepò Pavese; This was a reward for the loyalty demonstrated by Pavia subjects to the empire, from a long time deployed between Ghibellines. From the mid-fourteenth century, the Oltrepò fell along with Pavia under the domination of the Visconti of Milan, hereafter followed by the Sforza dominion. From the mid-fifteenth century, the whole territory of the Oltrepò Pavese was divided into fiefdoms, and at the end of the century had the status of Principality of Pavia. In 1535 it passed to Spain and in 1713 to Austria; in 1743, because of the Treaty of Worms between Austria and the House of Savoy, it was separated from the Principality of Pavia and linked to Piedmont. Under the House of Savoy, the Oltrepò Pavese experienced a great flowering and was divided into two provinces: one with Voghera as capital and the other province with Bobbio as capital as well.

In 1859, after the annexation to the Kingdom of Sardinia, the two small provinces returned to Pavia, whose province traced in large part the ancient Principality.

Almost a hundred years ago, our farm was born here, in this land of castles, towering over our squared brindled hilltops, our vineyards, thus testifying the complex and turbulent history of the area. From the vineyards of Sfogliata, you can admire some of these local sights indeed. 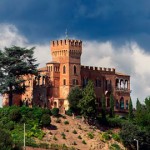 First of all the castle of Mornico, with its crenellated tower in Ghibelline style, built in the twelfth century by the Belcredi family and turned into dwelling building in the early twentieth century. From Sfogliata, looking south, you can admire the castle of Montalto Pavese. Built in 1595 in stone and brick, it is characterized by four towers, walls and a large park. 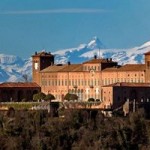 It is located at an altitude of 466 m. sea level and it is also visible from Pavia. Restored in the nineteenth century, it is now a private residence.

Looking exactly the opposite side, always from the Sfogliata view, you can see, in a bright yellow colour, the Castle of Santa Giuletta. This thirteenth century jewel, converted for some time into a patrician villa and recently restored 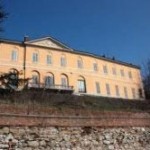 is, nowadays, a private property. If we look, instead, in the northwest direction, both night and day, we can admire a building, perhaps even more picturesque: the Sanctuary of the Cross on the Torricella Verzate fortress. The parish church, an eighteenth century building dedicated to the Nativity of the Virgin Mary, stands on top of a knoll that rises where the valleys of 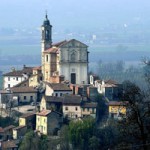 the Rile di Losana and of Valsorda meet in order to flow into the Rile Verzate. Around the square outside the church there are 14 chapels of the Stations of the Resurrection (also known by the Latin name of Via Crucis) with life-size statues. Some of these chapels and statues have been rebuilt after a vandalic attack occurred in 1982. Access is possible by a side staircase or by the Scala Santa, set on earth brought from the Holy Land. The complex is still under renovation for the restoration and enhancement of the Sacro Monte (Sacred Mountain). Covered by hills, but very close to 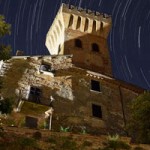 us, there are also other beautiful castles. One of these is the Castle of Cigognola, built in the thirteenth century, with the only remain of a squared tower adorned with Ghibelline battlements, nowadays private residence. Another example is the Castle of Montebello della Battaglia built in the twelfth century and then converted into a house. Access is possible from the road that runs alongside the monument dedicated to the famous battle of the Second Italian War of Independence (1859). Remarkable examples are also Nazzano, Oramala, Stefanago, Voghera, Zavattarello and many others.